Well well well, Halloweens nearly here.  Just around the corner!  And we feel as if we cannot get ahead on posting all the spooky ghoulish goodies that we’d love to bring to our readers.  Today we renounce the horror of Halloween and reflect on a time back in the 1940s, we know our retro readers will enjoy. 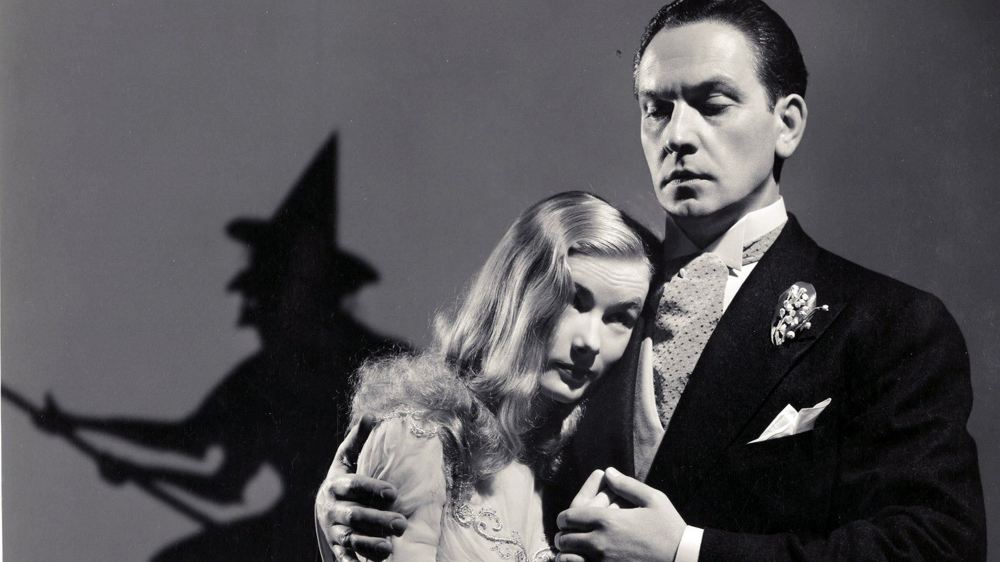 Starring a vivacious Veronica Lake as Jennifer, a 15th century Witch, brought into the present time with her father Daniel.  Both were imprisoned in a tree until a bolt of lightning freed the pair.  In an effort to exact revenge, Jennifer sets out in a diabolical plan to find the ancestors of the bigots who burnt her and her father centuries before.

High-jinks ensue in this romantic comedy, as Jennifer tracks down the puritan Jonathan Wooley (played by Fredric March), who is unhappily engaged at present.  The ambitious witch crafts a plan to steal and marry the man,  but the only way she can entice him to her eccentric ways is by using a Love Potion.

Tensions mounted on the set, and Lake had a rebellious steak.  Making a reputation for herself as being difficult to work with, sneaking weight’s under her dress when March was scripted to effortlessly carry her away.  And antics such as wedging her heel into the leading actors foot off camera to throw off her co-star.  Lake would fade into obscurity as the pictures evolved in the coming years, leaving behind a legacy of luscious side swept blonde hair, and a notorious attitude of a true Witch.