“Viewed up close, nobody is normal”

When it comes to bad ass boho gods, I’m sure we could all name a few; but very little do I ever see the name Caetano Veloso pop up, and this is for us….OUTRAGEOUS!!!

We should be worshiping this icon of perseverance, elegance, rebellion, philosophical contemplation, compassion, counter culture, and activism. . .

Very few bohemian icons really get the credit they deserve when discussing men’s style . . . the mainstream would rather iconize GQ demi-gods Tom Brady or Ryan Gosling, and that’s all fine and dandy, but when it comes to that elicit feeling of cool. . . boho gods cannot be beat; and Brazilian tropicalia folk rock artist Caetano Veloso is on the top of our list! 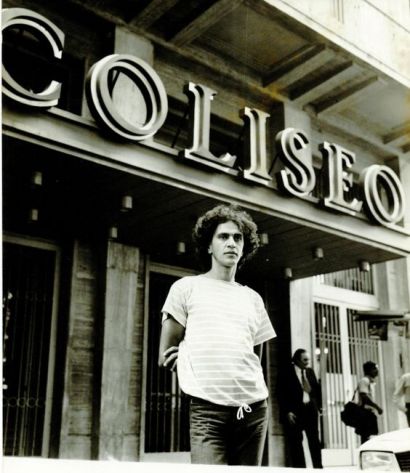 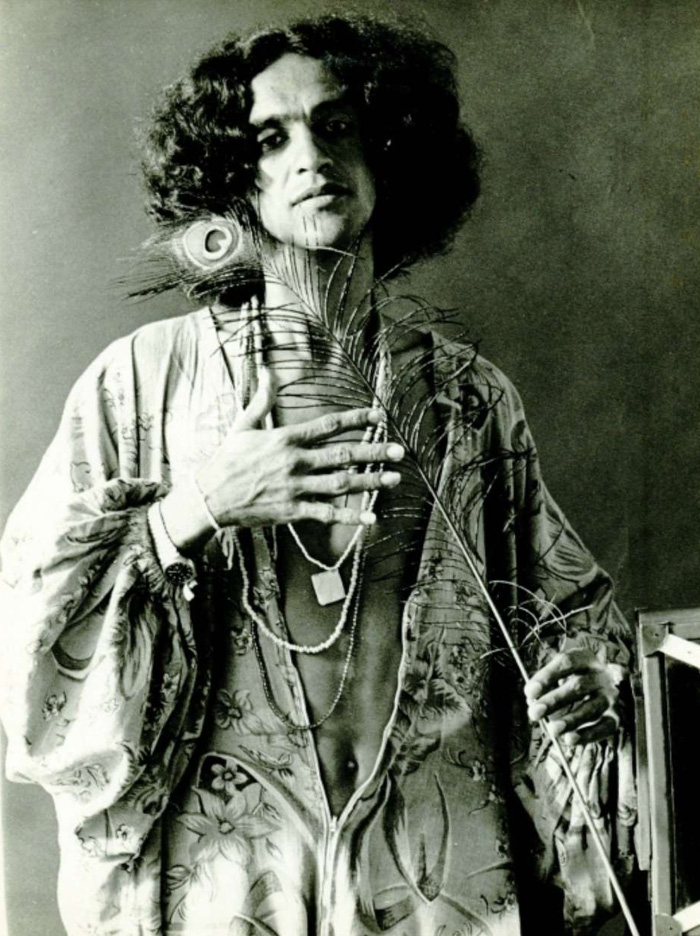 Bad ass to the core, Veloso’s music touched a generation in the heart of Brazil with his inciting lyrics and enchanting melodies that brought a fusion of traditional Brazilian sound with psychedelic rock and folk helping create the “tropicalisimo” movement alongside best friend Gilberto Gil, Os Mutantes, and other bold and innovative artists of the time.

First premiering in 1965, fresh in Rio De Janeiro, Caetano won a lyrics competition for his composition “Um Dia”, getting him signed to Phillips Records. Two years later he received a standing ovation for his song “Alegria, Alegria” at the Brazil Popular Music Festival, marking the first time rock n roll music was ever played at the festival.

Him and his psych rock buddies were pioneers for a new sound, a new world, a new way of being; however, the powers that be would do anything they could to stop this burgeoning. Marxist students and communist supporters condemned the music for commercializing Brazilian culture, and incorporating musical influences from the United States. 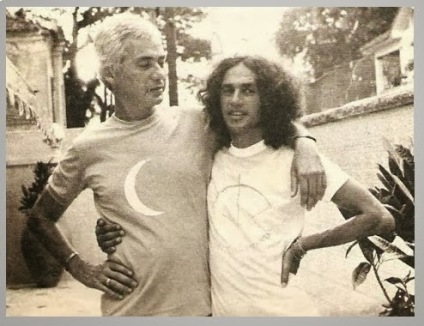 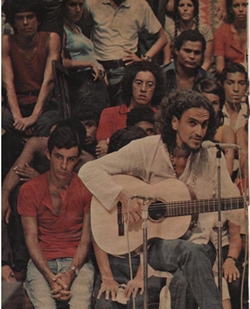 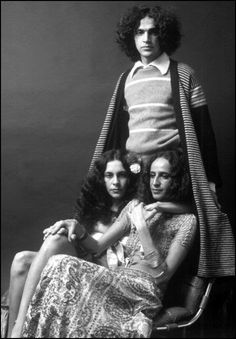 The tensions between the Tropicalistas and the student left peaked in September 1968 with Veloso’s now-legendary performances at the third annual International Song Festival, held at the Catholic University in Rio, where the audience included a large contingent of students who were vehemently opposed to the Tropicalistas. When Veloso (backed by Os Mutantes) performed in the first round of the Festival’s song competition on 12 September, he was initially greeted with enthusiastic applause, but the situation soon turned ugly. Dressed in a shiny green plastic suit, festooned with electrical wires and necklaces strung with animal teeth, Veloso provoked the students with his lurid costume, his sensual body movements and his startling new psychedelic music, and the performers were soon being bombarded with loud insults, jeers and boos from the students, who became even more incensed when American pop singer John Dandurand made a surprise appearance on stage during the song.

Tensions would hit an all time high when he and his buddy Gilbert Gil were actually arrested in February of 1969 for little to no reason, and held in prison for three months, followed by four months of house arrest. Brazil’s military dictatorship which held the country under its grips until 1985, further had many and most of his songs banned or censored.

“… if you are the same in politics as you are in aesthetics, we’re done for!”

The two were exiled from the country for over a year, and spent most of their time in the dark and gloomy dims of London, England.  However, by 1972 the pair were allowed back into the country quickly returning to their musical careers that have since landed Veloso 9 Latin Grammy’s and a Grammy for World Music Album in 2000.

Never fearing the opposition, never backing down on his own sense of self; apart from his penchant for wildly magical psych rock stylings, it is his character that truly makes this man an E.O.F. STYLE IDOL. 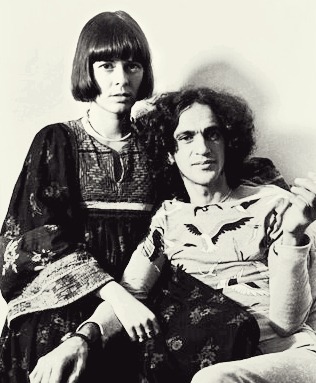 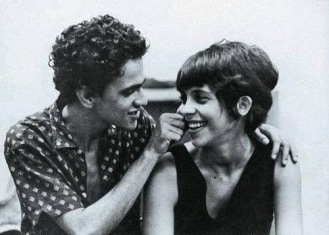 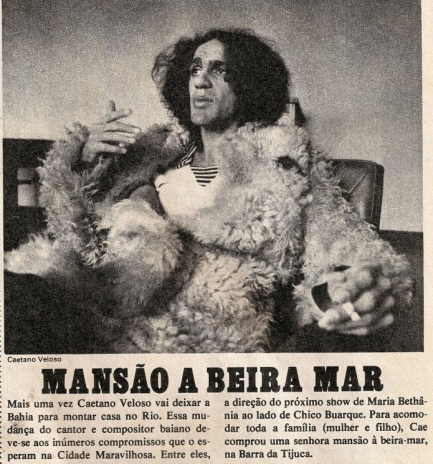 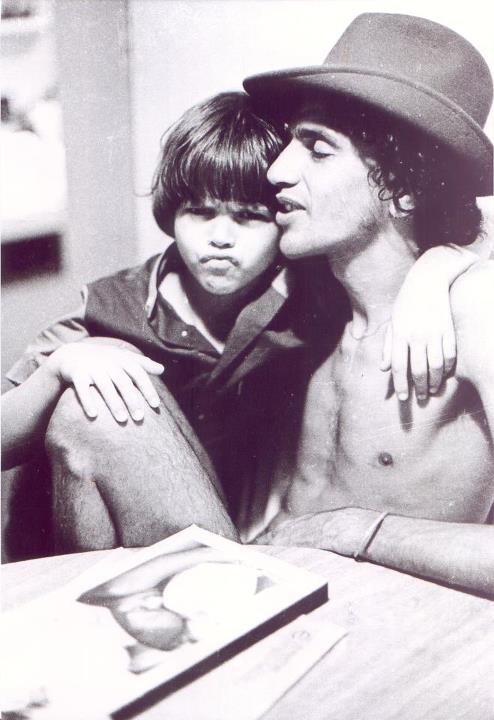 “I TALK too much…Everybody from Bahia is like this. We are always touching each other, too. We are a bit too much.” 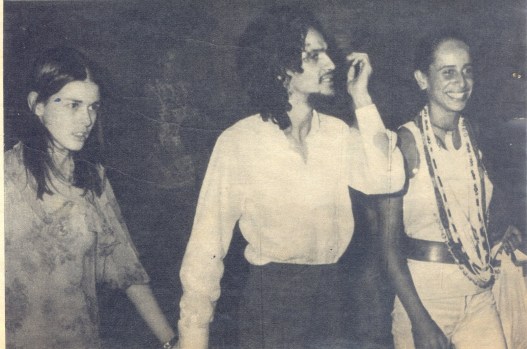 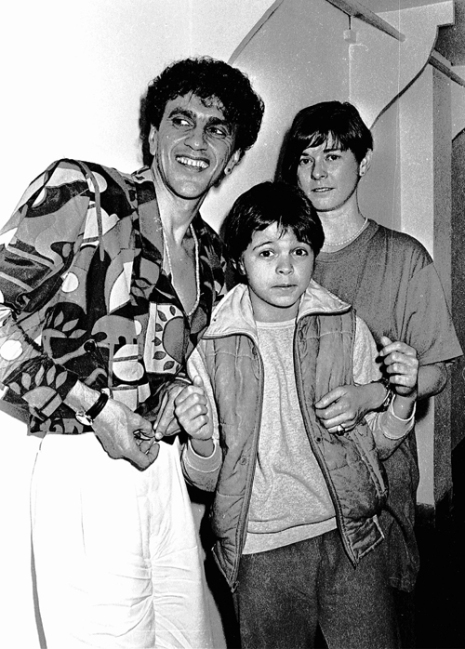 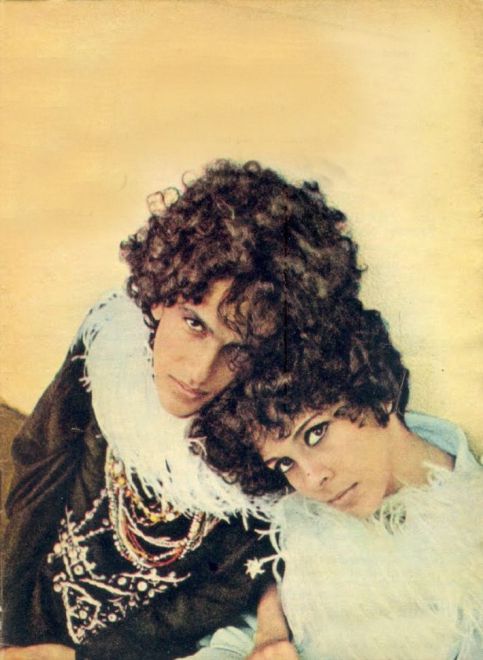 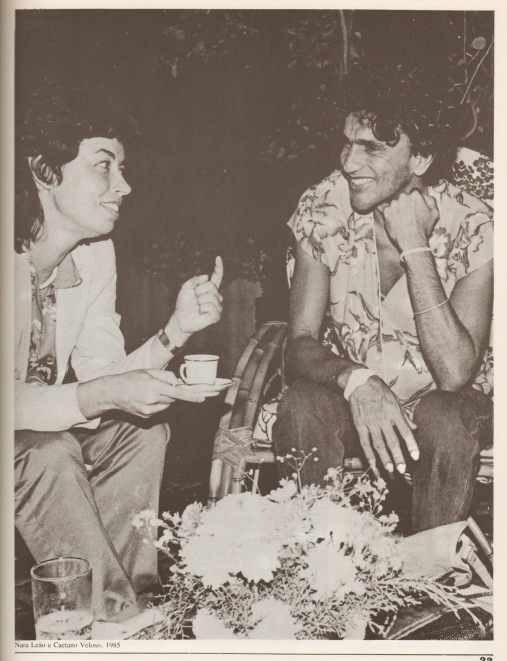 Let us not forget this beautiful bohemian God and his willingness to stand for freedom, for beauty, and to live life to the fullest!

“Alegria means joy, or joyousness… It is the best-known song of any that I have written, and it was the opening song of tropicalismo, the first to use rock-and-rollish electric guitars. Whenever I sing it, it is just like the Rolling Stones singing ‘Satisfaction.’ It was the first anthem. It’s an affirmation-of-life kind of song, but it has an ironical hint to it.”

The song begins, “I’m walking against the wind, without handkerchief or documents in my pockets,” and ends with a chorus of “Why not?”

It’s about being able to walk and be alive and be real and feel the sun…It was against the dictatorship without saying anything about it. And everybody likes that ‘Why not?’ at the end.”

So, with your help hopefully this brilliant spirit can live on . . .share his story, and invoke the spirit!

FEEL INSPIRED? WE GOT SOME CAETANO INSPIRED BOHO THREADZ TO SATISFY YOUR SPIRIT 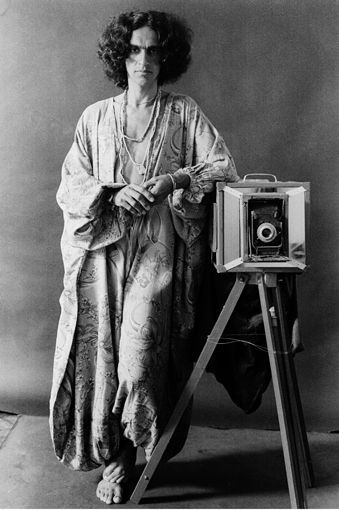 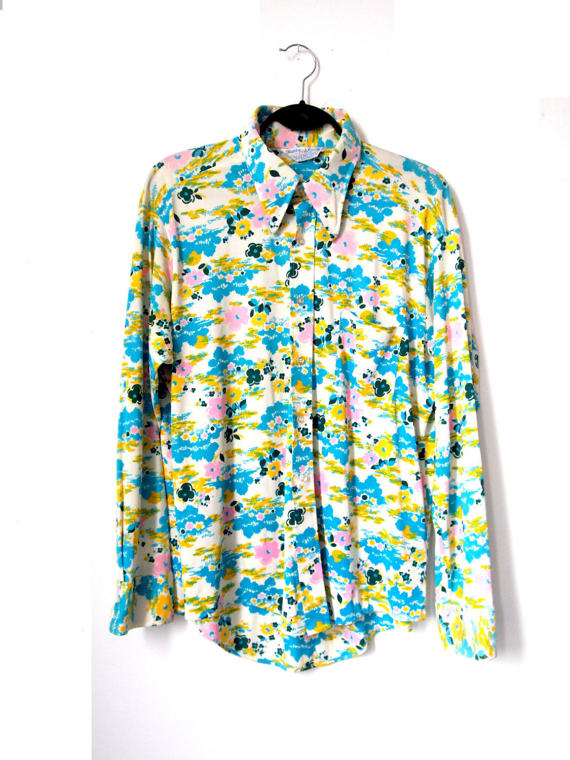 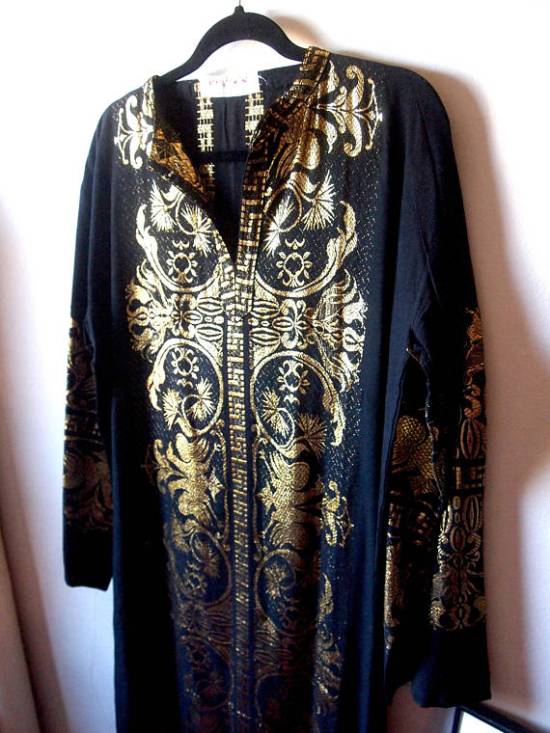 “They didn’t imprison us for any song or any particular thing that we said…It was a difficult atmosphere for them to understand, so they thought, ‘We might as well put them in prison.’ ”

So rage forward with your emblazoned souls, and keep on keeping on!!!