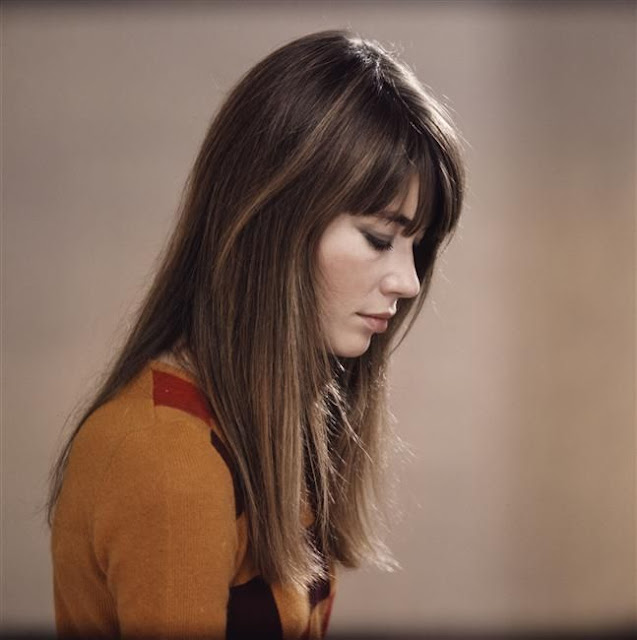 What is it about Francoise Hardy that captivates the world so? It is a question as mysterious and enigmatic as the living icon, herself.

More than just a 1960s French Pop sensation, she is also an immortal idol of beauty, individual style, and tameless adventure. Apart from her legendary music career, the timeless beauty is iconized to this day in film, music, and of course, fashion. 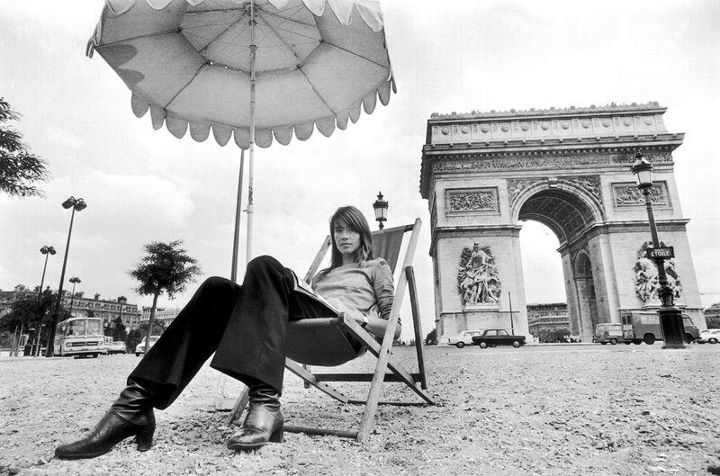 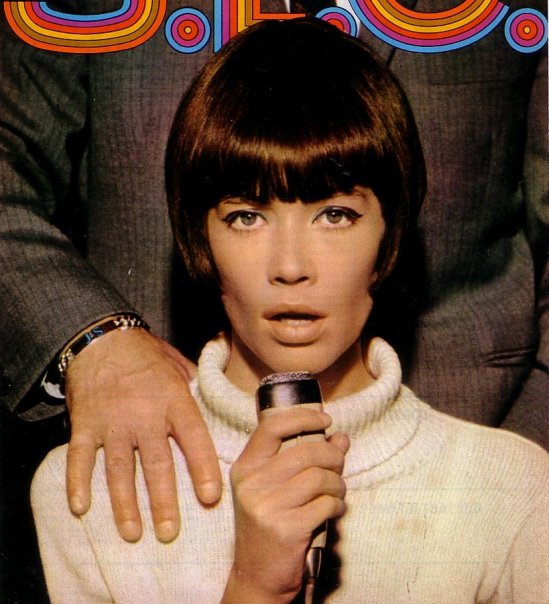 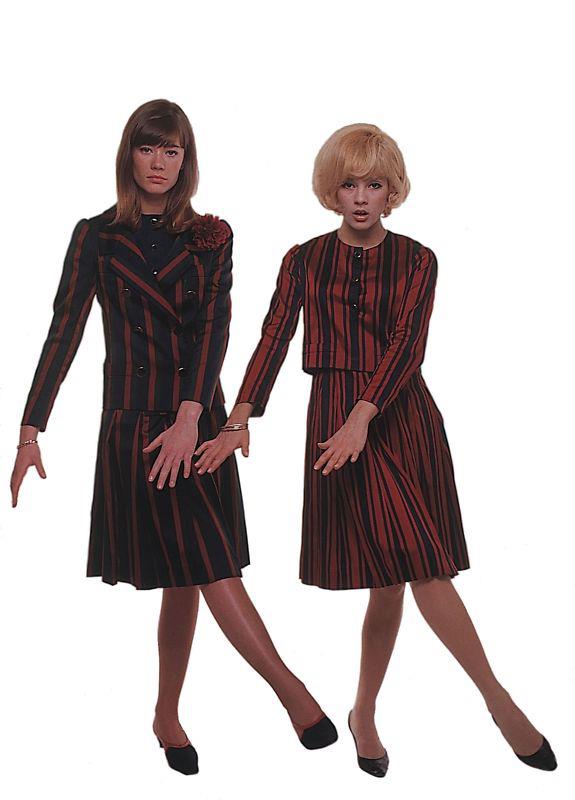 Whether playing the girl next door, boho hippie chick, tomboy, or the sexy biker, Francoise was able to captivate all of those who laid eyes on her with her striking beauty and fearlessness. Like a siren, her spell is not easily shaken from the captivator. 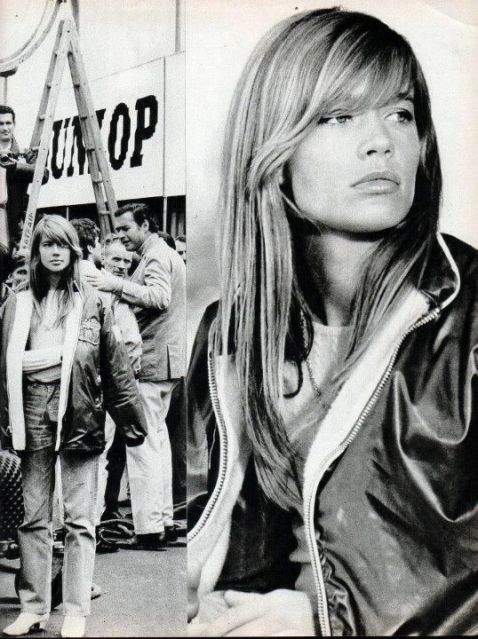 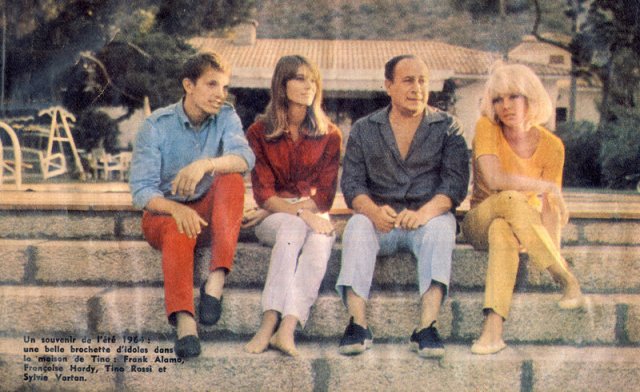 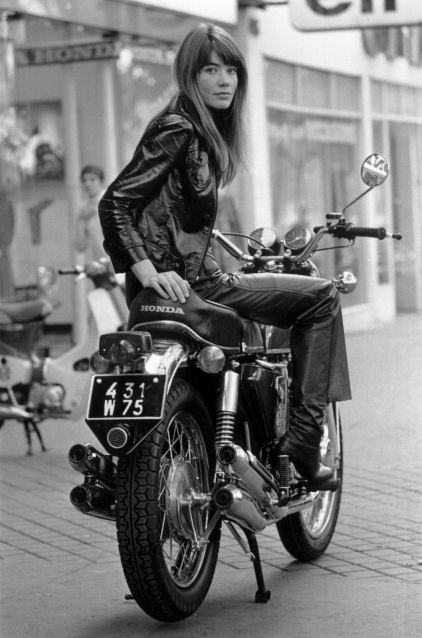 A shy girl, Francoise grew up in Paris with her mother and younger sister, while her father lived apart from them with little time spent with his two young girls. However, her father would play a huge part in her life by buying her her first guitar for a birthday, which would nurture her love and talent for music and song.

As fate would have it, after a year studying at the Sorbonne, Francoise spotted an ad in the paper looking for young singers, and in 1961, at the age of 17, she signed her first record contract with VOGUE, and by the next year her first record, “Oh Cheri Cheri” was released, co-writted by Johnny Hallyday – the French Elvis, as he was known. 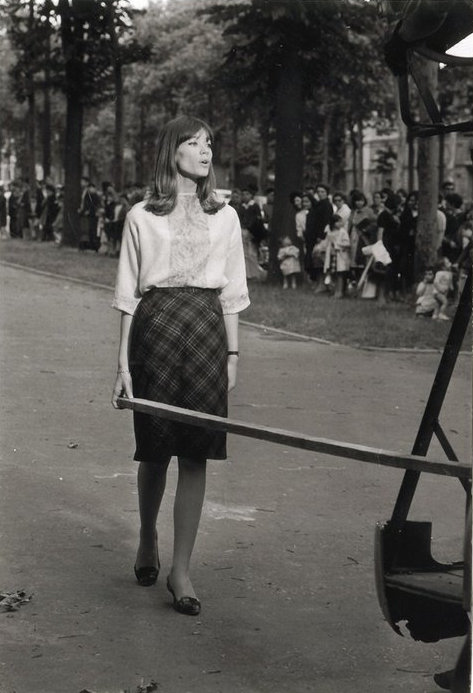 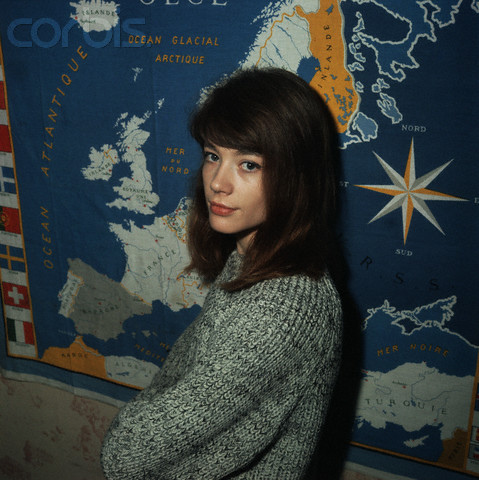 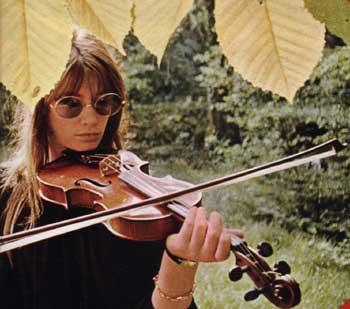 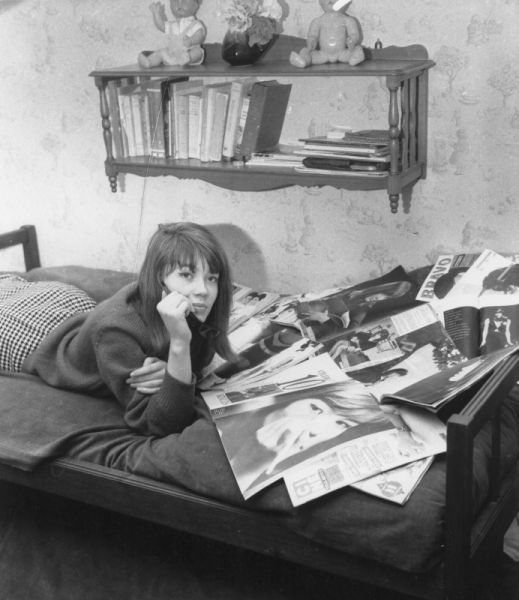 It would be her classic song, “Tous les garçons et les filles” (“All the Boys and Girls”) that would become a huge hit, and put the enchanting songstress on the map. With a growing wave of popularity towards French Pop Music, or yé-yé, it wasn’t long before her song was a hit in Quebec, the UK, and soon the world!!! 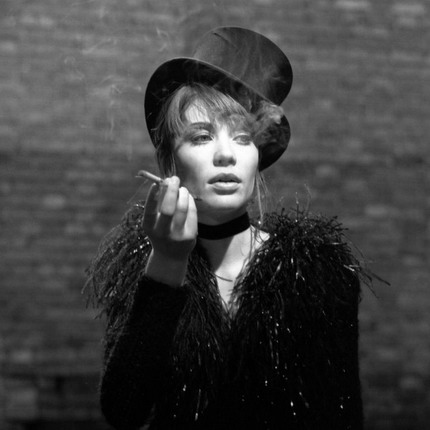 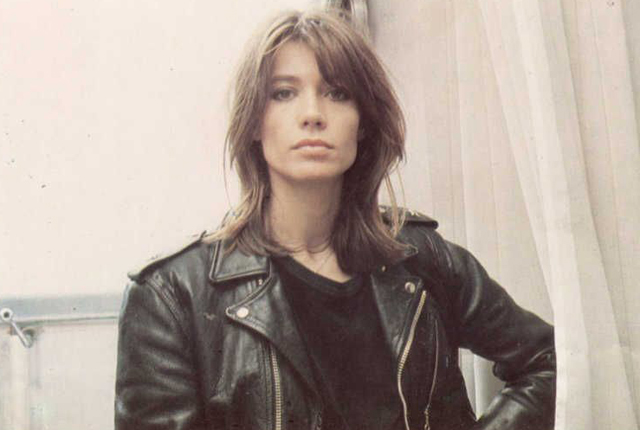 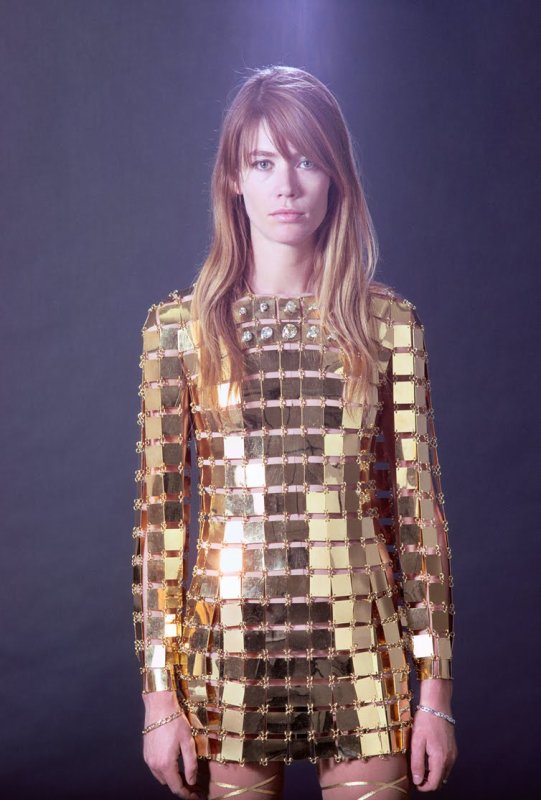 Most recently her charming croon has been hitting the screens around the world in Wes Anderson’s “Moonrise Kingdom”(click her to see the iconic dance and kiss from the movie), introducing her to a whole new generation of listeners looking for a break from the monotony of today’s music scene.

Indeed, she provides something classic in her music, which has a modern yet timeless quality to it. And whether you speak French, or not, it seems her music touches a supernatural sensibility in all of us, allowing us to enjoy the pure essence of what she sings without even knowing a word of it. 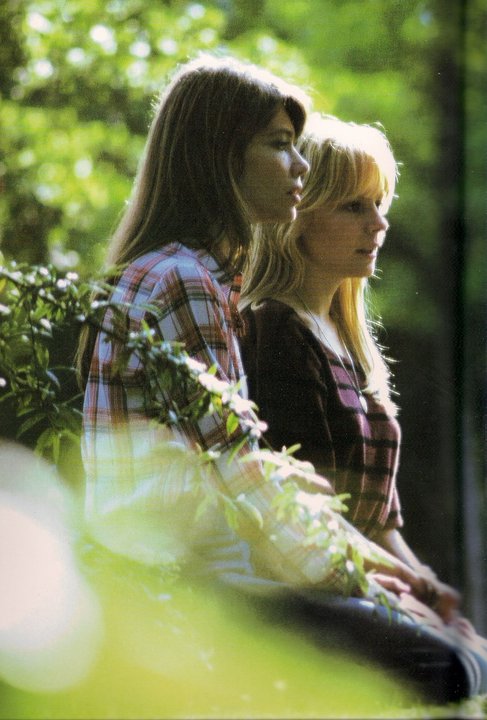 Perhaps this can be attributed to her background as an astrologer (told you she wasn’t just your average singing belle!), and her interest in the mystical and esoteric. In fact, she has published an entire series of books under her name that deal with the subject matter, making her an expert in the field. And having trained with legend in the field, Jean-Pierre Nicola, you can trust her ability to finely tune into life’s sensitivities. 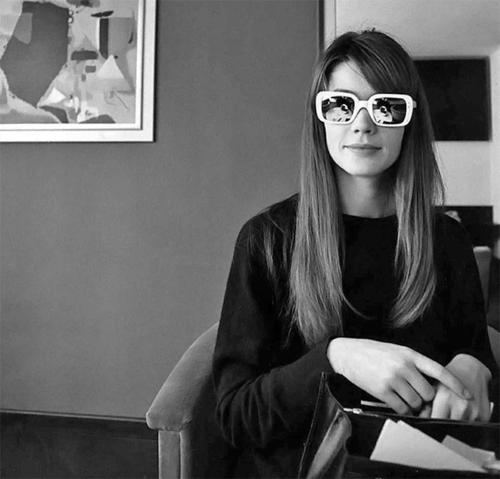 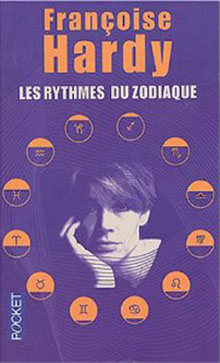 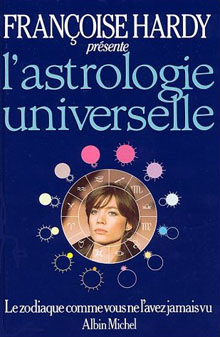 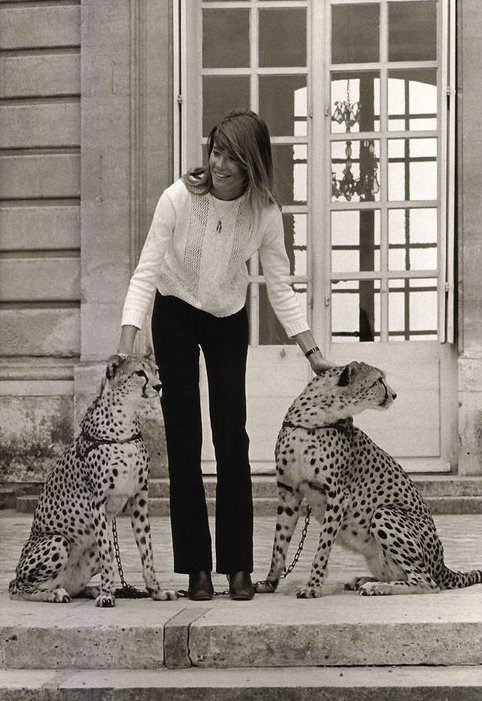 Francoise is a Capricorn, which explains her cool demeanour, unending ambition, and scholarly approach to life, but what still remains a mystery is that certain je na sais quois, and what it is exactly that has beguiled the world so.

After all, she was the quoted muse of Nicholas Ghesquiere, designer of Balenciaga, and you can almost always count on any credible fashion blogger to have a piece on the belle. 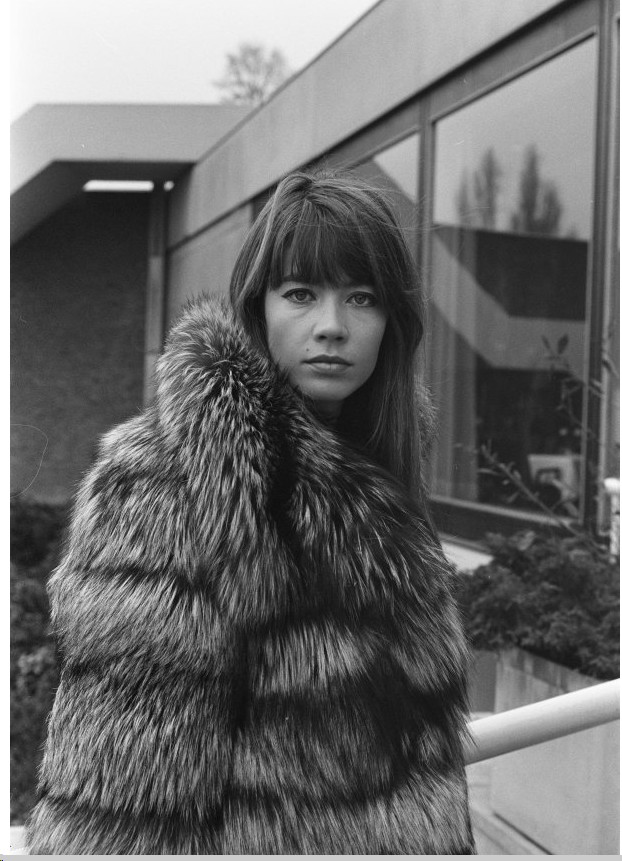 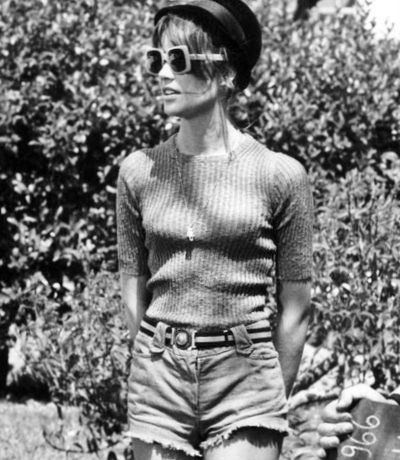 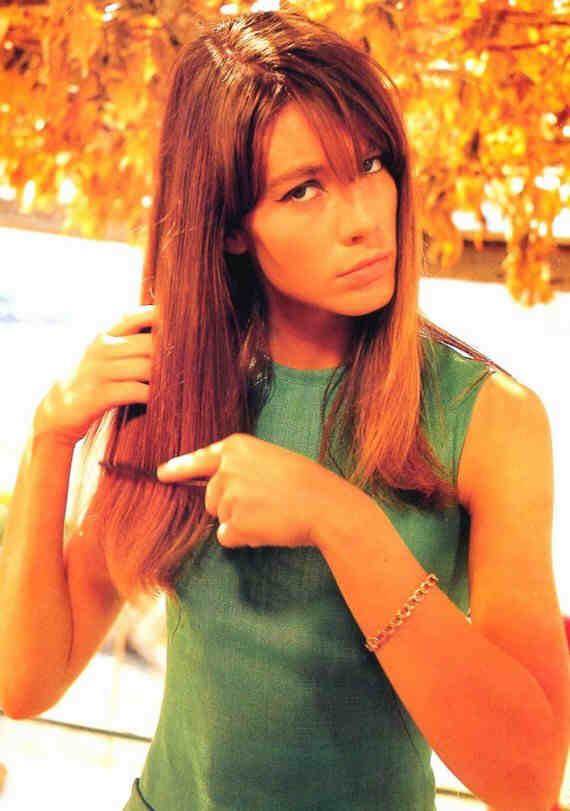 But, as any wise man or woman knows, that is an element that is best left alone, for it is that untouchable, unknowable, strange, and desirable quality that does hold us so, and in so, one has the chance to truly be immortal.

Sometimes, I think her life can be best described using the lyrics to Nat King Cole’s all-time classic – “Nature Boy”. But of course, for the sake of gender, it should be aptly called “Nature Girl” when dealing with the one and only Francoise Hardy.

Perhaps, you can see it too:

There was a girl
A very strange enchanted girl
They say he wandered very far, very far
Over land and sea
A little shy
And sad of eye
But very wise
Was she

And then one day
A magic day she came my way
And while we spoke of many things, fools and kings
This she said to me
“The greatest thing
You’ll ever learn
Is just to love
And be loved
In return”

In 1981, Francoise Hardy married her long time companion, Jacques Dutronc, who she remains married to this day. 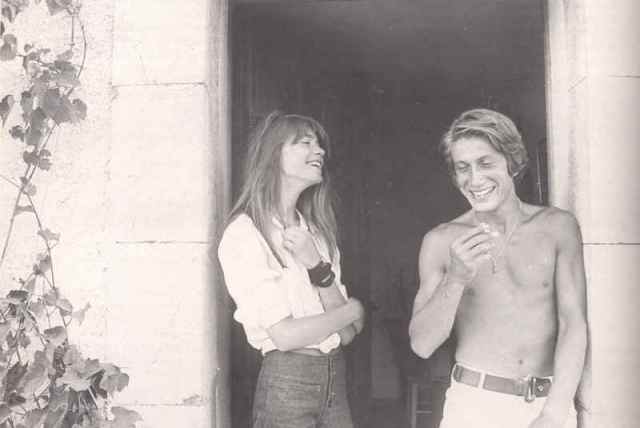 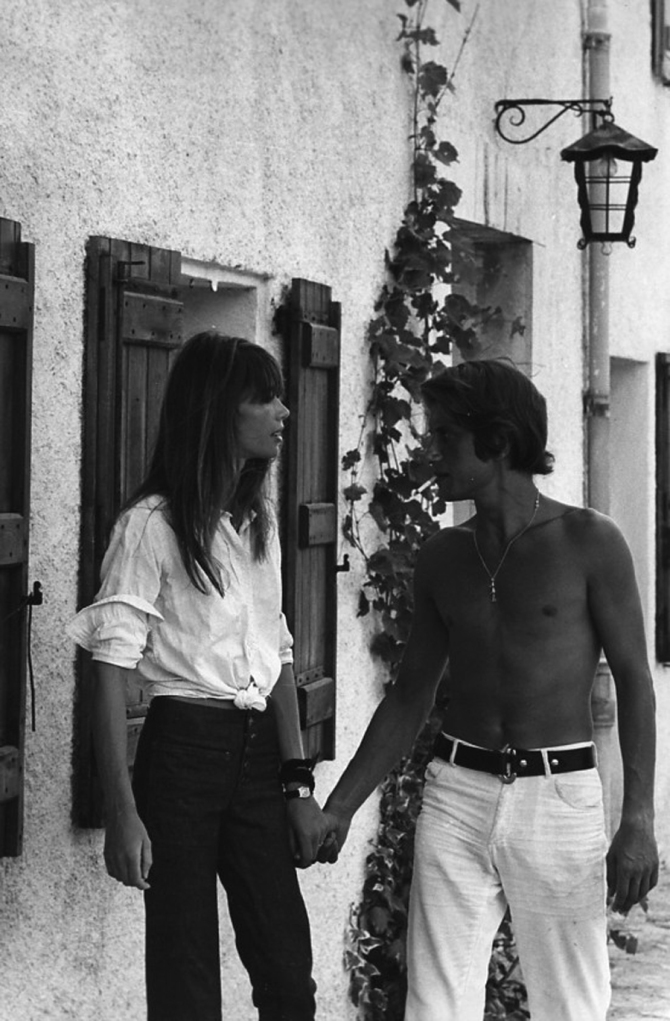 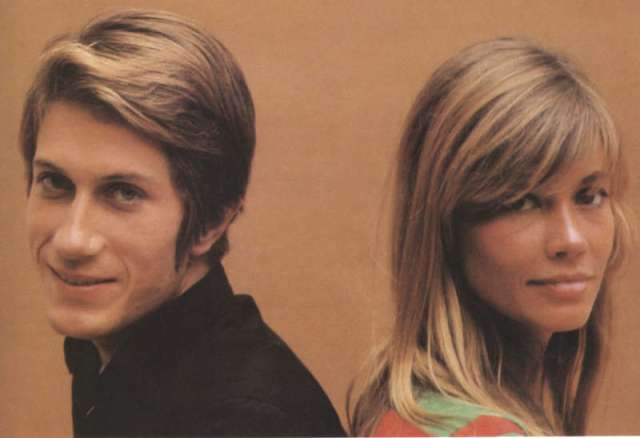 Perhaps that’s her secret; just to love. Start with yourself, of course. But if we could all do the same, perhaps we can all be remembered someday as seductive, enchanting, and down-right stylish as she. 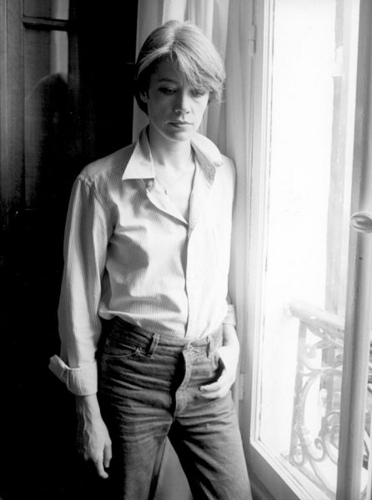 The one and only Francoise Hardy.