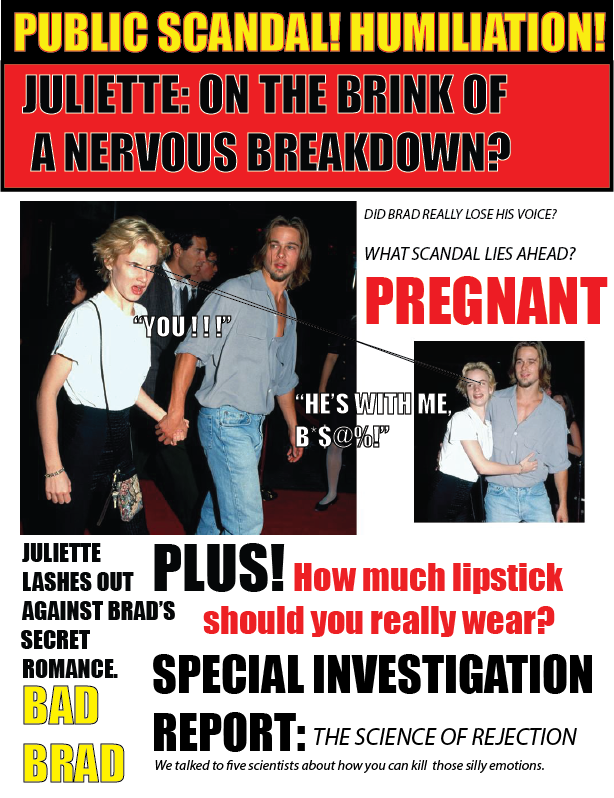 It seems like ancient history now, but yes, the two were an item, and boy what a handsome item they be.

One of our most popular posts is our “VINTAGE RED CARPET ROMANCES: Brad Pitt + Gwyneth Paltrow” so we thought we’d roll back the clock even a bit further to the dawn of the 90s when Brad Pitt was still a enigmatic young rising star who had hitched himself with the outspoken teenage dream child, Juliette Lewis.

It seemed for a while that their rebellious attitudes and nonchalant coolness were to be forever, but by 1993 their relationship had fizzled out and Brad was on to the next.

Brad Pitt is a huge mega star now, but besides being a major sex icon for both men and women at the time, the more acclaimed star was most definitely Juliette Lewis. Despite being 10 years Brad’s junior, it was she who was nominated in 1992 for an Academy Award for her performance in Cape Fear (at only 18)!

It was at this Academy Awards show the young ingenue made her famous appearance in an Old Hollywood beaded ivory gown, flapper pearls, and corn rows. Talk about PUNK ROCK?!

So, what was the problem?

When asked by a fan at a concert for her band The Licks, “What was Brad like in bed?”, Lewis laughed hysterically retorting “He was no BIG deal, if ya know what I mean!”.

Something things just aren’t meant to be…but it’s fun to look back and check out some of their wicked threads. Brad Pitt brings grunge to Hollywood with true star quality, as well as looking like he hasn’t aged a hair, while Lewis is always breaking new bounds in her own funky, quirky, personal style. 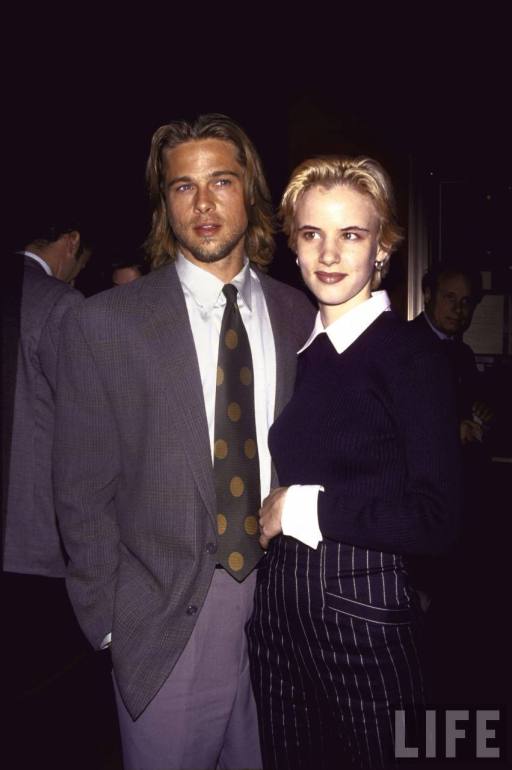