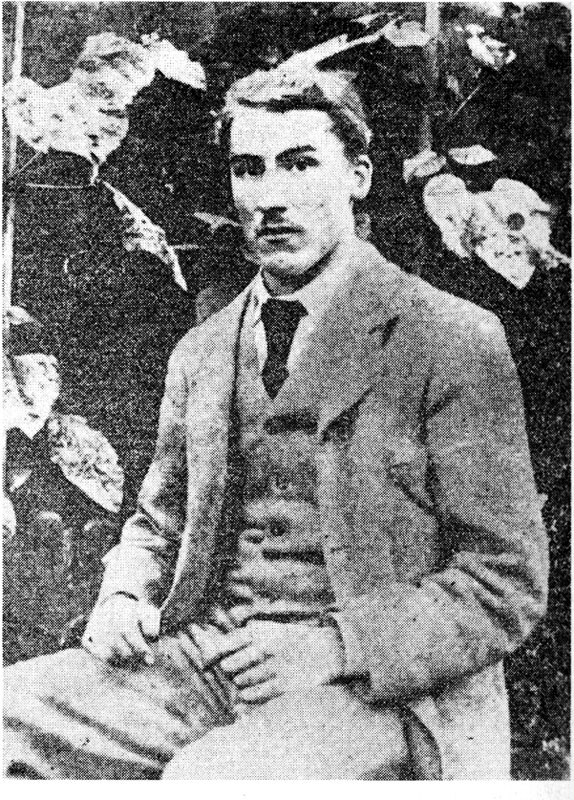 Howard Carter was born in London, England, the son of Samuel Carter, a skilled artist, who trained him to follow in his footsteps, and Martha Joyce (Sands) Carter.  Born eager and inquisitive, at 17, the young talented artist was sent out by the Egypt Exploration Fund to assist Percy Newberry in the excavation and recording of Middle Kingdom tombs at Beni Hasan.  Even at that young age he was innovative in improving the methods of copying tomb decoration. 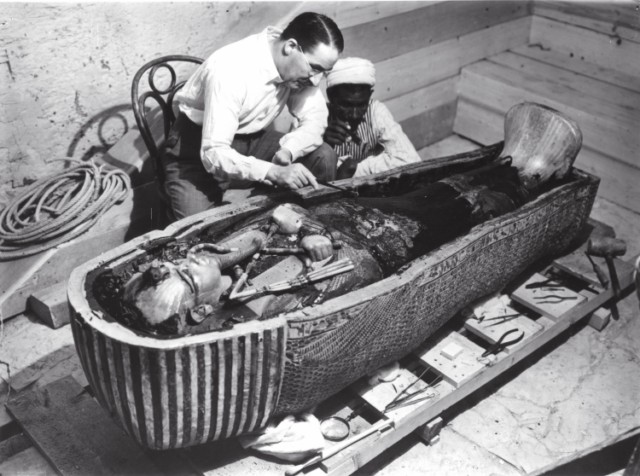 On 4 November 1922, Carter’s excavation group found the steps leading to Tutankhamun‘s tomb ,  by far the best preserved and most intact pharaonic tomb ever found in the Valley of the Kings.

Carter made the “tiny breach in the top left hand corner” of the doorway, and was able to peer in by the light of a candle and see that many of the gold and ebony treasures were still in place. He made the breach into the tomb with a chisel his grandmother had given him for his seventeenth birthday. He did not yet know at that point whether it was “a tomb or merely a cache”, but he did see a promising sealed doorway between two sentinel statues. When Carnarvon asked “can you see anything?”, Carter replied with the famous words: “Yes, wonderful things.”