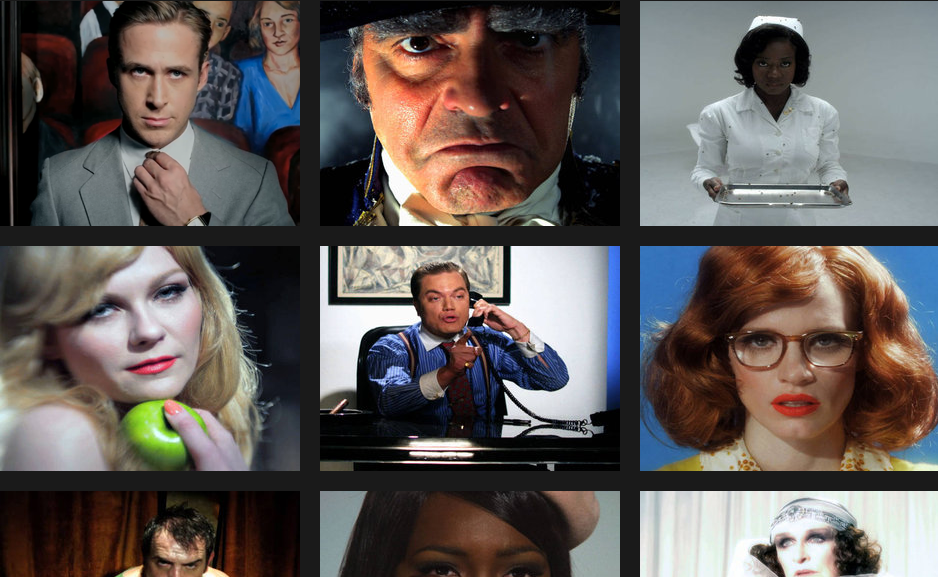 Here at The Eye of Faith, we always have a taste for the sinister, the strange, and the macabre. Seems like some of this year’s most talented and intriguing stars feel the same penchant for the other side of good- EVIL. No need to get worried though, they’re doing it in the most wicked style!

New York Times Magazine always goes the extra mile, and the Touch of Evil collaboration betwen some of the year’s most endearing talents showcases their chops (as well as some amazing cinemtagraphy by Ross Richardson, and on-point direction from Alex Pager) in a glorious collection of wicked supreme! Drawing from the world of film, each actor provides a short journey into the complexities of the different guises they inhabit. 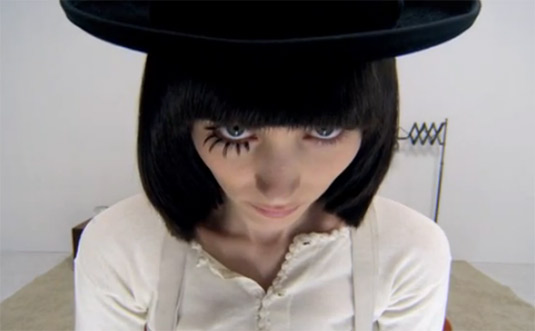 Rooney Mara goes straight for the kill as a Burgess-ingnited sociopath, awakened and on the prowl. Fantastic, as her every blink, and expression (or lack there-of) create the harmonious face of a true-born killer.

Can’t wait to see her in the upcoming ‘Girl with the Dragon Tattoo’, and if this is any insight into the young actress’ talent, her punk-rock Lisbeth should be equally as bold and even more gutsy! Ladies, and gentleman: a star is born. 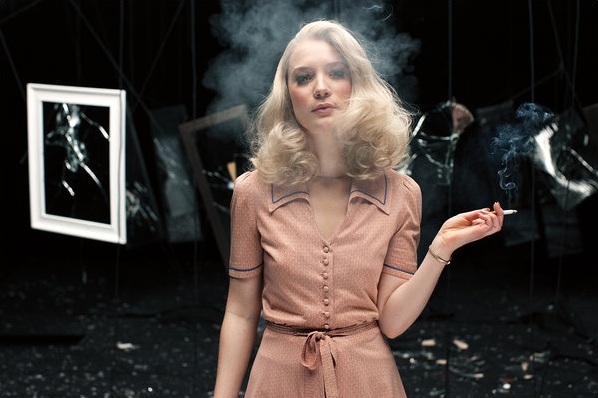 Speaking of newly formed stars, last year’s newborn Alice of Tim Burton’s ‘Alice in Wonderland’, Mia Wasikowska, is a stinger as the “Homewrecker”. After a subtle and effective turn in this year’s ‘Jane Eyre’ , where she played the shy, sad, modest Jane; it’s nice to see her as the sexy vampy femme fatale who knows what she wants, and how to get it. 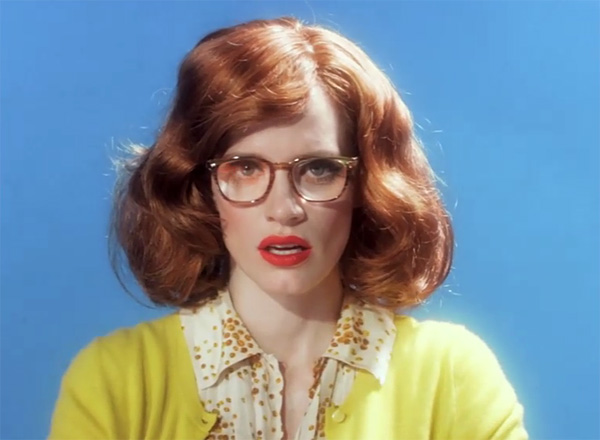 Another favourite is newcomer Jessica Chastain. You have to love Jessica Chastain! She has hit it out of the park with an amazing 7 films this year, one of them being our favourite- Terrence Malick’s meditative ‘The Tree of Life’, in which Chastain plays the loving mother of a family growing up in 1950’s Waco, Texas. Chastain plays the film’s matriarch with a moving grace, and exhibits remarkably powerful emotive properties in the face for which she has implored full force in her segment as the frightening “Fire starter”. 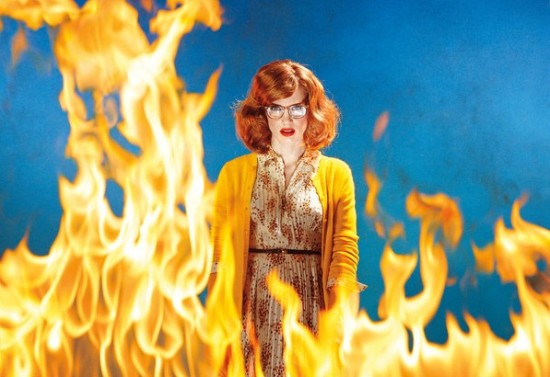 It’s amazing how many thoughts, ideas, and feelings seem to rush in and out of her gorgeous alabaster face. Love the hair and glasses too! Even when she’s setting the world on fire, she cannot manage to look less gorgeous. We know you must be tired, but we are looking forward to more! 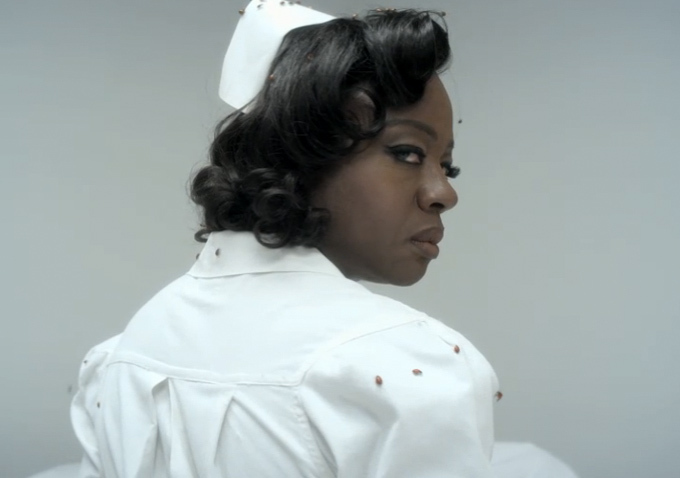 Truly terrifying is Viola Davis, who made her turn this year as the loving Aibileen in this summer’s hit “The Help”, as a deranged ladybug obsessed healthcare worker (Oh my!). There is not one inch of the sweet and caring Aibileen in this facet of Davis, who’s every move down to the inch just oozes pure evil. That’s one we know we will be dreaming of tonight! 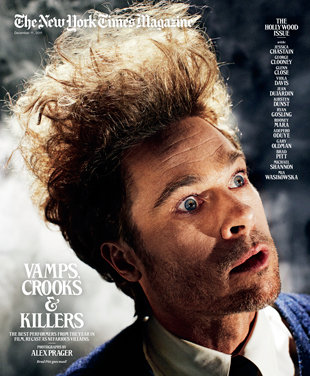 But let’s hear it for the boy! Brad Pitt really does have some class. And by class I mean he’s extremely well rounded and brilliant and handsome and … Anyway, safe to say, he’s not to be beat, and he triumphantly showed off his ingenous talents twice this year; first, as a cunning baseball manager in Bennett Miller’s “Moneyball”, and then a triumphant turn playing against type as a strict, buttoned-up patriarch in Terrence Malick’s “Tree of Life”. 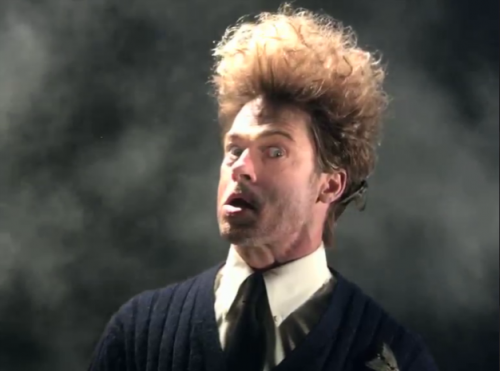 They say things always happen in threes, and cover star Brad Pitt impresses one more time making a killing, and diving straight into the chilling world of Lynch’s cult classic “Eraserhead” in a minute that can only be described as stark raving madness. Transformation, yet again, this man should be proclaimed America’s national treasure. 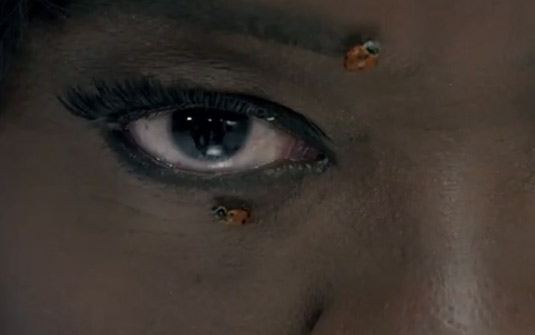 There are many more supreme turns by some of this year’s most talented performers at the New York Times Magazine website where you can view the entire gallery that features amazing performances from Ryan Gosling, Michael Shannon, George Clooney, Kirsten Dunst, and everyone’s favourite villainess, Glenn Close (Who can forget her unhinged Alex in 1987’s ‘Fatal Attraction’? Not us!), to name a few. So check it out! It’s definitely worth the look!

Who are your favourite movie villains? Name a few! Favourite vid? Which one? Leave a comment below!
The Eye.