When it comes to artists like Kate Bush, they are truly few and far between, if not non-existent! Her music is a wild ride between pop, rock, experimental, and the ethereal sounds of another universe. Haunting, delicate, and slightly witchy… Bush’s music explores unusual themes that many other artists would dare no even attempt.

One of our favourite obscure references is featured in the video “Cloudbusting” which was conceived by iconic British director Terry Gilliam and Kate Bush, herself. Watching the video for the first time, you feel like you are watching a breathtaking sci-fi fantasy accompanied by Bush’s haunting music. However, this story is far from fiction, and is in fact based on the most incredible stranger than fiction true story of scientist Wilhelm Reich.

The video depicts Kate Bush as son, Peter Reich (whose memoir Book of Dreams was an immense inspiration for Bush), watching as his father (played by Donald Sutherland) develops an intricate machine the “Cloudbuster” before men in black come knocking on the door taking the father and destroying his laboratory, as well as taking many of his files for “safe keeping”. As their car drives off, the boy turns the cloud buster to the sky and unleashes a downpour of rain as his father drives off as a captive into the distance.

Strangely enough, this device was absolutely real, and even documented in local newspapers of the time. The basis of its functioning was the concept of “orgone” – an esoteric energy seen as a universal force that could be harvested. This energy was theorized to be an invisible mass of living energy that is omnipresent throughout the universe.

His research garnered a fairly strong following in the United States, with many students who congregated at the Organon Ranch Laboratory (now the Willhelm Reich Museum) located in Rangeley, Maine. 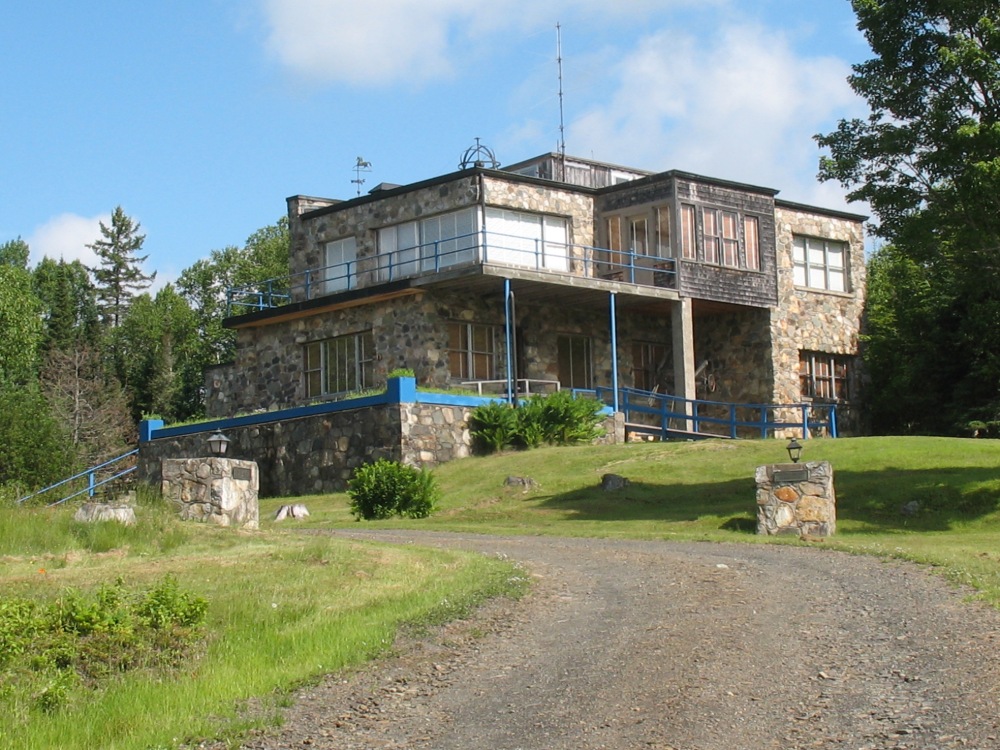 Being able to control this energy, Reich believed could help people be cured of various diseases or mental health issues (the Orgone Accumulator – a small room made from layers of metal and wood), as well as controlling the weather – hence the Cloudbuster! 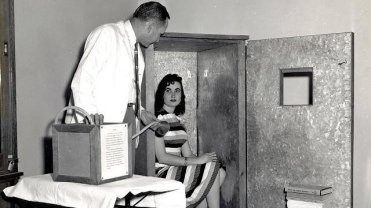 The most famous incident would have to be The Maine Blueberry Experiment which took place in Bangor, Maine at 10am on July 6, 1953 after a devastating drought which was directly affecting the blueberry crops that summer. Reich and his assistants set up the cloud buster – a set of hollow tubes suspended over a small cylinder. Later that night

“Rain began to fall shortly after ten o’clock Monday evening, first as a drizzle and then by midnight as a gentle, steady rain. Rain continued throughout the night, and a rainfall of 0.24 inches was recorded in Ellsworth the following morning…The queerest looking clouds you ever saw began to form soon after they got the thing rolling.”

Much like other great minds in our world, Reich was punished for his forbidden knowledge of the available resources of our universe, and was promptly punished. A salacious article written by Ms. Mildred Eddie Brady also helped to taint his reputation painting him as a sex crazed mad scientist. He was accused of being a communist (of course), and seen as a bit of a loon when he made comments about U.F.O.s (which we all know exist…).  Eventually, the U.S. Food an Drug Administration obtained a federal injunction, and seized and destroyed all orgone-related material.

Reich was put into prison where he would die at the age of 60 in 1957. Thankfully, his knowledge has not been forgotten…although you know they wish it were!!!

Reich was definitely a rebel figurehead; part of the second generation of psychoanalysts after Sigmund Freud. His most distinctive works included Character Analysis (1933), The Mass Psychology of Fascism (1933), and The Sexual Revolution (1936). We definitely always characterize the idea of a sexual revolution with the free love era of the 60s and 70s, but this guy was far beyond his times. During the 1968 student riots in Paris and Berlin, protesters even threw copies of The Mass Psychology of Fascism at the police!

He was quite the activist and fought for the abolition of laws against abortion and homosexuality, free birth control advice and contraceptives,  health protection for women and children, day cares in factories, and the abolition of laws prohibiting sex education. And this was in the 1930s, and people are still fighting for the same things!

Interestingly enough, Kate Bush may not have even known about this story if she hadn’t stumbled upon A Book of Dreams (1973) – a memoir written by Reich’s son Peter Reich by coincidence in 1976.

“I was inspired by a book that I first found on a shelf nearly nine years ago. It was just calling me from the shelf, and when I read it I was very moved by the magic of it. It’s about a special relationship between a young son and his father. The book was written from a child’s point of view. His father is everything to him; he is the magic in his life, and he teaches him everything, teaching him to be open-minded and not to build up barriers… But there’s nothing he can do about his father being taken away, he is completely helpless. But it’s very much more to do with how the son does begin to cope with the whole loneliness and pain of being without his father. It is the magic moments of a relationship through a child’s eyes, but told by a sad adult.”

Thank god she did, because when we first stumbled upon this masterpiece we were taken away to another world that is as much fantasy as it is real life…

Funny enough, she isn’t the only rebel poet to be inspired by this story. Punk icon Patti Smith, was inspired by the book’s scene where Peter is convinced a fleet of flying saucers are skimming his boarding school’s lacrosse field to reunite him with his imprisoned father in her 9 minute epic “Birdland”…

Sad that much like Nikola Tesla, or our recent {STYLE IDOL} Jack Parsons,  knowledge and powers that could greatly benefit our world as a whole have to be held captive by greedy forces…

However, if you have that rebel spirit within YOU ready to soar – let it free, and let it be!!!

Definitely if you found all this interesting, please look more into Orgone, Organon, and everything you can Wilhelm Reich!!!

Remember XIXIXI gets you 25% OFF in the {SHOP} // Now offering FREE SHIPPING in Canada and the US!!!