For our first post of 2019, we thought we’d do a classic vintage post about this most bizarre and unusual moment in time: The Miss American Vampire competition of 1970!

Move over Miss Universe (as amazing as that Lava walk was, Ms Catriona Gray), these ladies came to slay in their most imaginative  Vampire-esque looks, coupled with their charm, poise, and stage presence, as well as their videogenic quality; contestants were all hoping to take the grand prize of  a role in House of Dark Shadows! 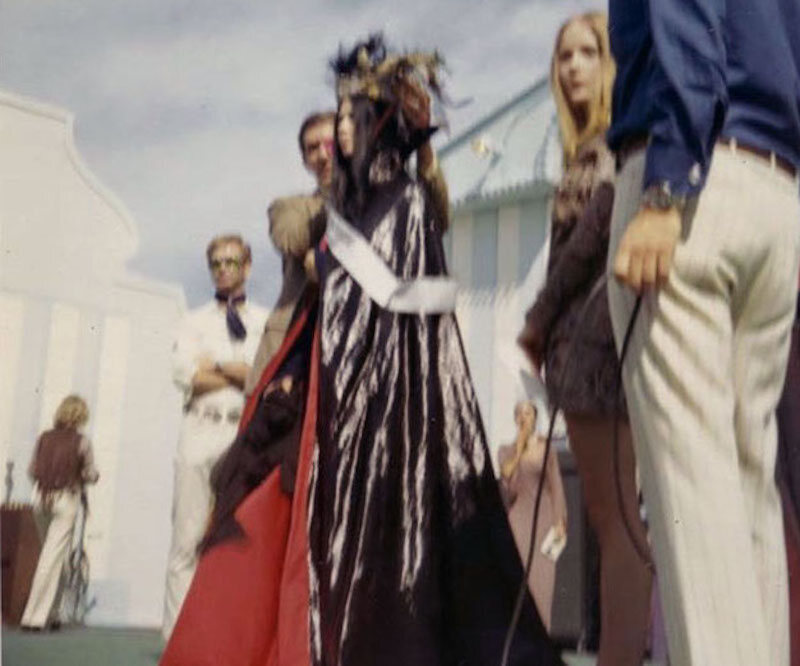 There aren’t many photos of the competition, or archival imagery available but these are some photos from the New Jersey regional competition in which Ms. Christine Domaniecki was crowned by Barnabas Collins himself (played by actor Jonathan Frid; who is also definitely deserved of a {STYLE IDOL} moment)!

The competition was held in several cities including Miami, Dallas, Philadelphia, with the finalists competing for the title in Los Angeles on September 10, 1970.

According to one of the judges:

“It was fun for the first five minutes. After that it got terribly depressing. Some of the girls came in bikinis. Some of them came dressed as witches or vampires or dead bodies. One girl stood in front of me and just stared.”

In a strange turn of events, the eventual winner of the National Competition actually never followed through with any of the rewards of her title choosing instead to stay in Los Angeles (House of Dark Shadows was shot in New York).

The full reasons are unclear, however, you may recognize the original Miss American Vampire, actress and activist Sacheen Littlefeather {AKA Marie Louise Cruz),  from her perhaps her most famous role: accepting Marlon Brando’s Academy Award for “The Godfather” in  1973!

Brando was boycotting the Academy Awards in reaction to Hollywood’s portrayal of Indigenous Americans in the movies, as well as the recent incidents at Wounded Knee, and so Ms. Littlefeather took the stage to speak on behalf of the legendary actor.

Whilst her message was powerful, it was not so well received, garnering boos and jeers from the audience. Also, two days after the ceremony, while visiting Mr. Brando at his house bullets were fired into his front door. Scrupulous media slander also followed, and she claims that this also led to her being blacklisted in Hollywood.

So, in the end, the title of Miss American Vampire and the prize of appearing on House of Dark Shadows eventually went to New Jersey Regional Winner, Christine Domaniecki, who appeared on the show in the highly coveted role of . . .  Bar Maid. 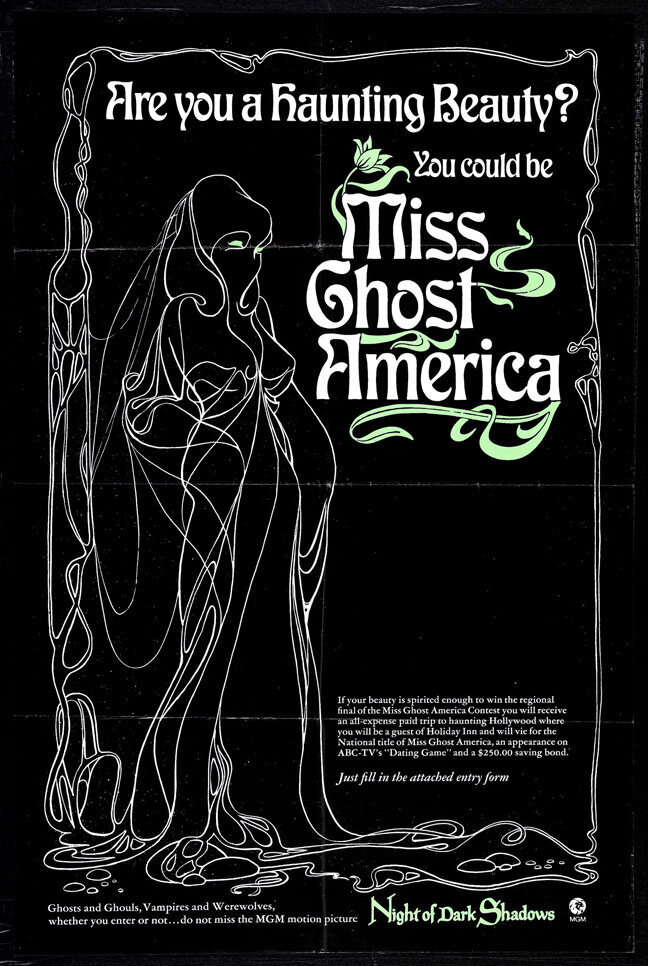 Funny enough, even with all the dramas and confusion, the Dark Shadows crew was ready to do it again with new pageant: Miss Ghost America in promotion of their new show Night of Dark Shadows!

Granted, the prize was not as exciting as a cameo appearance (Dark Shadows was technically off the air), however, the winner did receive an appearance on The Dating Game , as well as a $250 savings bond. The winner was 18 year old Kate Sarchet.

I’d kill to find some video footage of either pageant, so if you know a source, please let us know!!!

So what do you think? Should we be bringing back these ghouly pageants??? Tell us in the comments sections below!